Identity, Reading in Prison, and the Novels of Charlotte Mendelson

I first encountered the work of Charlotte Mendelson in a woman’s prison. 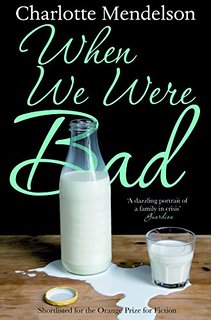 the setting up of a partnership between. The Booker Prize Foundation and Prison Reading Groups to support books and reading in prisons.

I’ve written here and  here before about my adventures involving reading and writing in prison, reflecting on my views that reading good literature can change lives in an out of prison,

In prison a group of us read, discussed and reviewed the novels on the 2008 Orange Prize short list. (It’s now called the Bailey’s Women’s Prize for fiction). Charlotte Mendelson’s novel When We Were Bad was on the shortlist. Of course the very title caused ripple of ironic laughter among the women the group.

We voted this novel the winner and were disappointed when the judges’ insight was not as good as ours. The women loved this novel; they really ‘got’ this deeply felt, beautifully written story growing out of the complexity of North London life. This specifically located novel really struck a chord with these women, from all kinds of background and areas of the country,

Wherever they are now (most will be ‘on the out’) I hope they get hold of Mandelson’s 2013 Booker long-listed novel Almost English. This excellent novel didn’t win that prize either. What are these judges up to? I wonder.

Almost English is a literary and psychological tour de force focusing on the politics and privileges embedded in close family life, especially in the lives of the women in a certain family with sixteen year of Marina and her mother Laura at the centre.

As the title suggests the story focuses on the nature of individual identity in a changing world. Marina’s family has roots in Hungary. Or is it Czechoslovakia? Or is it the Ukraine? In Marina's family this complex identity is embodied in Marina’s grandmother and two great aunts who speak Hungarian with each other and their own quaint version of English (Hunglish?) in the wider family. Very kindly Mendelson provides us with a glossary of Hungarian words and also a list of English as she is spoken by Hungarians. This lingua franca allows us to access with more insight the self-confidence of such a family stubbornly refusing to give up their way of speaking, their way of thinking. The writer also provides us with sources on Hungarian cuisine and history. (Food is important in this novel).

This information does not distract us from the narrative, rather it involves us more, deepening and strengthening our understanding of lives lived - even to the present generation - on the rich margins of so-called British culture. Our cities are enriched by generations of man ‘almost English’. I am ‘almost English’ myself, my family having been extracted from Wales two generations ago.

This book is a great read: 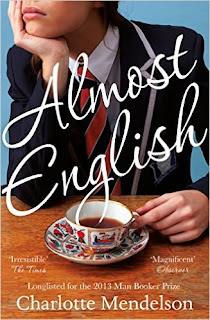 Marina, the sixteen year old at the centre of this story, is clearly English. Her mother is English. And her grandmother and great aunts are clearly and proudly not English and still an intrinsic part of the cosmopolitan nexus that is London, that most English of cities. This writer expresses the comedy and the subtly hidden tragedies of this cultural paradox.

Coming from the complex institution of this Almost English family Marina finds herself in the ultra-English institution of the English Public School with its own arcane rituals, meanings and dark areas. What happens when Marina and her mother Laura deal with this paradox is at the core of this novel.

My comments here might make this novel somewhat earnest. Nothing is further from the truth. This writer’s accessible style, her great prose, her fluid storytelling, her intricate humour and the meticulous attention to colourful detail makes this a great novel.

Those women in prison would have relished this novel, with their experience of negotiating lives as outsiders, inside and outside prison.

Ah, well.  Almost there. Perhaps the next novel?

After-note:  I wrote a novel called Paulie’s Web. inspired by my prison experiences.  It might appeal. 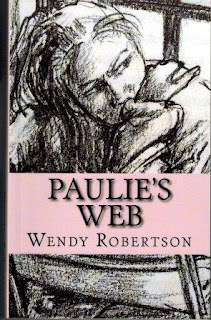