Lunch with my oldest friend Pat. We meet every month or so at an hotel half way between our homes and continue the lifetime conversation, I took her copy of the paperback of An Englishwoman in France, She has copies of all my books and is a treasured reader.

She goes up to the bar to order our coffee and sandwiches, I flick open the pages and the novel falls open at the point where the central character Estella recalls the birth of her daughter Siri. Reading the paragraphs gives me a jolt, I reflect yet again how one’s own deepest experiences insinuate themselves unwilled into one’s own fiction ...

" ... When I get back to the house, it’s empty. After the heat of the early afternoon outside the shadowy courtyard is cool. I pour myself some lemonade and – suddenly hungry – I butter a hard chunk of bread left over from breakfast and sit outside eating it at the wooden table.
And now Siri sweeps back into my mind like a warm breeze off the river. Siri. I reflect on how long it took her to be born and how kind the midwife was, how patient; how I apologized for not being good at this thing that some women do so easily.

I remember listening to my mother pottering round my tiny flat, keeping out of the way, just as I’d asked her to. I remember the midwife sitting with me into the early morning hours knitting a jumper for her son, waiting for that fulcrum point where Siri really wanted to come and my body felt a proper willingness to squeeze her out. I remember thanking God that my colleague at the magazine had managed to fix me up with a home birth. By now, I thought, in hospital they’d have been doing all kinds of things to haul Siri out. They’d have had instruments out, for sure. But that night my midwife told me that all it took was patience.

Then at last Siri joined me in the world. The fact that my mother was in the next room made me swallow the grunts and roars as, with a final heave, Siri came! She was here, with me in the world, outside my body. She let out this very polite, yelling cry of surprise and the midwife washed her face and wrapped her in a linen cloth. Then she laid my baby on my breast with her face close to mine, squeaking and muttering like a kitten. ‘Not hungry yet,’ she said. ‘Tired herself out getting out of there, poor pet.’

I stared down at Siri’s round, pink face and the rim of hair standing up from her head like a black crown. The midwife, busying herself at the other end of my body dealing with the afterbirth, looked across just as my baby opened her big black eyes and looked straight, straight into mine. My body was engulfed by what felt like waves like electricity as we recognized each other.

‘Ha!’ said the midwife. ‘Been here before, has that one!’

That was when my mother pushed her head round the door. ‘That’s it, then? Did I hear someone cry?’ She came in with a big mug of tea. ‘Aren’t you a clever girl?’ She kissed my sweating brow. Then pulled back the linen cloth. ‘And isn’t this a very pretty . . .’

Then the midwife - suddenly looking very tired herself - started to pack her bags and baggages. ‘Kip for me,’ she said, smiling down at me. ‘We did well there, kid.’

‘Siri,’ she said. ‘I know, I know! But my Mum’s Swedish pen-friend was called that. You know what mothers are.’

Siri’s savage murder at the age of thirteen is central to the narrative of An Englishwoman in France. My friend Pat tells me she is really enjoying it. Wx
Posted by Wendy R at 10:33 No comments:

“Not Saying Goodbye at Gate 21”

Being a novelist, I am always looking for narrative even in the finest poetry. I am rarely let down:

What can ail thee knight at arms/alone and palely loitering? Now there’s a story…

… he took me out on a sled,/And I was frightened. He said, Marie,/Marie, hold on tight. And down we went./ In the mountains Oh boy, what a story is there!

Kathleen is wonderful at showing the hard surface of things and illuminating the drama and depth of things beneath. The poems linger with you in the cafe, or in the bar on the marketplace; they make you think of your own life with its passions, its tragedies.

It is impossible to summarise the themes and the implicit powerful narrative in this collection of fifty four poems. Literary inspiration is there with the empathetic poem dedicated to Christina Rossetti; metaphors for sensual, sexual passion both disguise and illuminate depth of feeling.The most powerful stories here are those in a Cumbrian setting with their tacit signals of power and duty: The Fell Gate which delicately alludes to a life story with dark undertones; the very ambiguous War Hero and the troubling Uncle John, …who was the family conscience. And we have to deal with the dark conclusion to The Soul Catcher: …I have souls to sell you/ for the usual fee – / should you lose yours.

The most powerful writing here for me – the keenest voice – is where the writer illuminates the peculiarly tacit nature of intimate relationships in working class households – as in the poem Ginny. … Ginny carves the bread against her breast/ dealing slices to her brothers/ seeing her father’s shadow at their backs/ putting her school prize on the fire….

And most potent for me - The Laying Out Of the Dead - would be spoiled by mere quotation here and must be read in full in a quiet place.

‘Not Saying Goodbye at Gate 21’ is a book of fine poems and also – for this novelist – a buried treasure house of narrative.

Endnote: The book – published by Templar Poetry is beautiful in itself – lovely to see, handle and read. 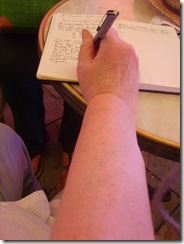 The Case for Mary Ann…

If you would like to read a novel based on the historical case of an alleged serial murderer who was hanged in the mid 1800s  my novel about Mary Ann Cotton is now live on Kindle.

This novel – based on the historical evidence – shows the prosecution to be faulty, based on flawed evidence  suffused with doubt .

The case for Mary Ann is made here by young protofeminist Victoria, who brings a fresh eye to the proceedings in this novel which has curiously modern overtones.

If you haven’t yet acquired a  Kindle you can download the novel to your PC, following instructions on the Amazon Connection.

Readers so far have called it life-enhancing rather than depressing…