Reading as a Writer. Lockdown inspiration. My comment on Roberto Bolaño's novel The Savage Detectives 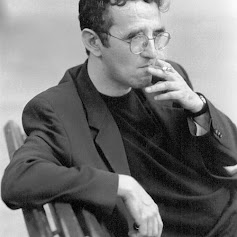 Reading as a  Writer - Lockdown Inspiration.

The themes of identity and poetry, anarchy and politics flow through the voices of the men and women in The Savage Detectives by Chilean writer  Roberto Bolano.  Throughout the novel a sense irony, melancholy, madness, regret and paranoia all emerge through the stories told by his characters We encounter unfamiliar labels: ‘visceral realism’  ‘stridentist’ are scattered around like raisins in a rich pudding.

And there are arresting phrases:

‘We talked about poetry, bullfighters, politicians.’

‘You have to love your life that’s all there is to it. Literature is crap.’

‘There’s a hired killer after every publisher.’

‘The shadows that face all editors in the end.’

‘That was the end of everything.’

In Bolano's novel the widely varied characters speak directly to the reader, as though he or she is sitting with a group of friends or acquaintances. The time switches confidently backwards and forwards between the 1960s to the 1970s just as the stories embedded in it swing across the world.  The novel sings hymns to the identity and history of Mexico and the greater South American world. We hear of stories set in Barcelona and Paris, in Vienna and Santiago.

This is a novel about time passing.  It’s a novel about books and poetry. It’s about travelling. It’s about dancing. It’s about political activism, about drinking and about sex. At its centre is a passion for books. (One character steals books from bookshops in a range of cities). The novel explores the nature of writing and editing, and the philosophy of existence.

We learn this through the mysterious illuminations of character through the stories they tell and through the filter of wide range of characters – both men and women - in a language that appears simple. But it is only superficially simple expressed as it is in sophisticated and poetically worked short sentences.

Much of the philosophising is kind of barter between individuals. A linking element is an old man who is his stories to some boys. In the middle of the story he will address them directly from time to time in.

In the very last story he, the storyteller, lists all the characters in the stories, reminding one of the mythic storytellers of Greece.

A Note: I discovered the work of Bolaño through an article by Francine Prose* whose enthusiasm made me seek out his work. Boleño has also been described by the magisterial Susan Sontag as “the real thing and the rarest”.

*Francine Prose: What To Read and What To Write.