Anne Dover: Meeting Wendy Robertson, and collaborating with her as her narrator for the recent Siblings project, (broadcast on Bishop FM Dec 2021 - listen at  https://damselflybooks.com/bishop-fm/ -  has been an honour and a total delight.

Wendy R: And a delight for me, Scroll down to see the whole of this story...

Anne Dover: I am what is termed a voice actor, and for the last 30 odd years I have been lucky to have narrated over 1,000 audiobooks, including several written by Wendy. I am particularly drawn to her characters, as they always have depth and heart, and as my job is to give a voice to them she helps make the narration a joy. Also I grew up not far away from Bishop Auckland, where she is based, so we share many points of interest.

I am often asked, how I became a ‘voice actor’ and what was my training for such a job?
I suppose I was fortunate to have parents who encouraged my sister and me to read aloud, and - as was fairly common among the rural Durham mining community, where I lived - our entertainment was self-made. No T.V. in those days, although we had a radio, and a piano around which we would sing, and would harmonise anything that my Mother could play _ hymns mostly, and some light opera ballads. My Dad’s Welsh blood had given him a lovely tenor voice, and he had learned somewhere about voice projection, and gave us vocal tips to make the best of our homespun performances.

Our Sundays were spent at the Wesleyan chapel in Willington in County Durham, where concerts were held and my sister and I had to recite poetry and sing at the Sunday School Anniversaries. Sometimes we had to compete against each other at Eisteddfods, which I suppose were begun I suppose when the Welsh miners merged with the Durham community.

My Dad, who worked at the local colliery, was encouraged to become a ‘local’ preacher and had a certain presence and we formed ‘Mr. Roberts and his singing family’!  As a result, my sister and I were used to and enjoyed getting up on any stage to perform. She became a successful Cabaret singer, while I left Durham for Newcastle just as Tyne Tees TV studios began broadcasting. I was a fashion model at the time  - in the 60’s - and was asked one day to make an appearance on a T.V show, which in turn led to an opportunity to voice a T.V commercial, and that was the beginning of my vocal career.

In my family, we were never told to be quiet. Every book we read was an opportunity to act it out. So, using the voice for performing purposes was second nature, and my sister and I used to copy accents and voices for fun, just to make each other laugh. After I left school, I got a job as Receptionist and Telephonist at a local garment factory, where I enjoyed practicing my ‘posh’ voice on the telephone, and as a bonus was given the task of ‘modelling’ the coats for the factory owner when he came up from London. (The reality was that as I was 17 and skinny, all the coats were too big, and I was derided because the coats didn’t fit). But when the boss’s wife arrived - French, petite extremely glamorous, with poodle tucked under her arm - I amused myself by trying to copy her accent and longed for her style.

The main character I remember, in my first audiobook, was a Liverpool girl from the slums, so I listened endlessly to Cilla Black speaking, and simply copied her voice which I could hear in my head while I was recording.

So in fact I never did have any form of training, it was just something I found, when given the chance, I could do voices and for this I think having a decent ear for music was an enormous bonus. I feel I was lucky to be in the right place at the right time.

Nowadays, after Covid, I record from my tiny home studio (actually a walk-in cupboard). Lockdowns meant for some time we travelling bands of audio voice workers were prevented from dashing around the U.K to recording studios and people like me began to record at home, and now, it has itself become a way of life for me. My travelling days are over now, but the voice lingers on and I suppose that as long as publishers and authors desire to hire it, I will be delighted as always to clear my throat, and become the many characters that the audio book requires.

The first audiobooks were designed to help and be used by people with sight loss, but I’m happy to say that the industry is booming, and becoming a way of enjoying a book for sighted people, who simply love being read to as much as I delight in narrating for them. Of course without the authors, we narrators wouldn’t be able to narrate.

Long may they all continue putting pen to paper, and captivating our imaginations, and sometimes ……our souls.


Anne voices Ayla, who is the storyteller in Siblings. 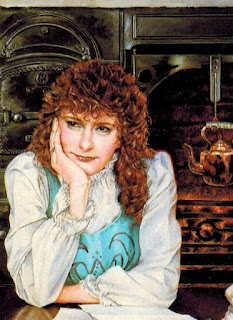 The Writer as Outsider

For several years now, perhaps triggered by the isolation engendered by the Covid situation, I have spent much of my time - as I say in a recent blog post (scroll down) - dancing on the border between memoir and fiction.

One outcome of this has been my new collection This has resulted in at least one distinct collection called Siblings: seven distinct stories of a family of seven siblings. The stories are all told by the middle child – called Ayla. She is the storyteller.

This book will be published in the spring but you can listen again to these stories on Bishop FM.

I have written elsewhere about middle children – for example in my novels The Bad Child and Becoming Alice. Inevitably some observers will say that is this is a deep reflection on my own role as the middle child in a diverse family who relishes the role of the outsider.

But I would assert that this outsider feeling transforms itself to a creative resource when one is a writer who can reflect on the events going on around her.

There is a poem about this feeling in my book WithSuch Caution – a Life Glimpsed in Short pieces.

Outsiderness
Being the third child of four
I was bred to be an outsider.
Being the new child from a far town
I was labelled outsider.
Talking with the wrong tone
I was seen as a verbal outsider.
Being the cleverest child in class
made me an outsider.
Working alongside men
I was the female outsider.
Writing stories made me
a mendacious outsider.
Living with a man doesn’t see
I have become an invisible outsider. –
Learning to make myself comfortable
In this ultimate containment.
Now, living through to older age
I am an intimate outsider, even
the ultimate outsider, relishing
this … Outsiderness.
Posted by Wendy R at 16:58 No comments: