And now and then there will be a psychological literary time-set masterpiece which is all novel, with history printed naturally through it with Blackpool through rock. (See Pat Barker and Hilary Mantel)

Researching and writing historical novels induces the recognition in the mind of the writer and the reader of universal issues that relate to any and every age: love, hate, revenge, war, ambition, dominance and submission at the personal and the political level, in addition to the socio-pathic moral certainty of those who think they know best for those around them and the world.

The universality of these themes means that we, in our modern world, can enjoy a good novel with great characters set in any other time than their own.

Occasionally I wonder about the nature of my own storytelling in this mixed bag. Many of my novels, labelled ‘historical’, are set across the period from the late 19th Century to the 1960s and 1970s. Some even creep into the 1990s to a period which now seems very historical – of the past.

Now I have moved further back in history. In researching and writing my latest novel The Pathfinder – which is based in and around the crumbling of the Roman Empire in Britain and Europe – I kept thinking how similar were the attitudes and understandings of the occupiers (scions of the Roman Empire) to the Germans in WW2 in their occupation of Europe, with their aim of the Thousand-Year Reich, modelled on the Roman Empire. The German ambition came to an end very soon. But it was similar to the Romans with its principles of control, exploitation, domination and imposition of German values on what they saw as inferior peoples.

The Roman occupation of Britain pre-echoed these principles. The Roman writer Tacitus wrote. "On the beach stood the adverse array, a serried mass of arms and men, with women flitting between the ranks. In the style of Furies, in robes of deathly black and with dishevelled hair, they brandished their torches; while a circle of Druids, lifting their hands to heaven and showering imprecations, struck the troops with such an awe at the extraordinary spectacle that, as though their limbs were paralysed, they exposed their bodies to wounds without an attempt at movement. Then, reassured by their general, and inciting each other never to flinch before a band of females and fanatics, they charged behind the standards, cut down all who met them, and enveloped the enemy in his own flames.’ 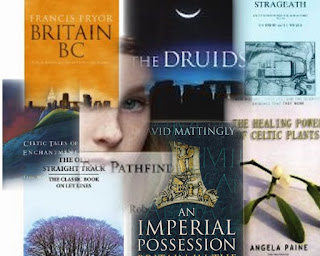 This account is echoed in Celtic myth in stories of the destruction of thousands of the priestly caste now called the Druids, driving them into the sea at Anglesey in their thousands. Tacitus’s account documents the superstitious fear the Romans had of the indigenous British with their strong organic religious identity led by religious elite with deep historical and natural scientific acumen which informed all aspects of life in Britain.

This elite sect had sustained its power through generations with an education system for it gifted young men and woman that ensured that its values and attitudes survived through time. In this way boys and girls were bred and educated for leadership. So the occupiers’ decision to destroy this leading population had its own logic.

I was reminded again of researching my novel Long Journey Home where I found accounts of the occupying Japanese drove thousands of Chinese (the clever leading elite of Singapore) off Changi beach.

In The Pathfinder I have avoided referring to the priestly Brirish caste as Druids. For me this term has too many associations with the 19th century romanticisation of all things Celtic. A worryingly artificial construct.

In my novel I refer to my heroine Elen, her song-smith brother Lleu and their father Eddu as Seers. Similarly, as Elen like her father is an hereditary pathfinder in the ancient British trading tradition, I researched the long straight paths of pre-Roman Britain. In doing so I came across the extensive literature about Ley Lines. Again, sticking to my intention to stay within the 384 AD mindset, I have avoided using this term.

Writers of the best historical novels use historical research to feel their way into what it truly was to live in a particular time in a particular place. What emerges from their storytelling is first, that readers may enjoy and relish a well-told, sometimes quite complex, story; second, that the readers may access universal truths that hold true in any time zone and might apply to their own lives.

I hope, in my own modest way that I am one of these. 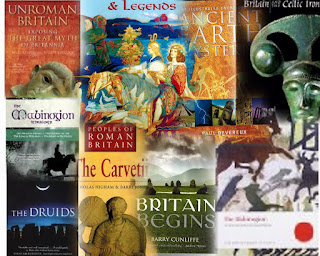