'A Rare Breed.'. The significance of reviews.

Newspaper reviews can be as rare as hen's teeth, so it's great to look back at my newspaper reviews and hope that my new novel The Pathfinder will find such appreciative readers

Would you like to review it? In the press or on Amazon?

Here's a sample of reviews of my writing: 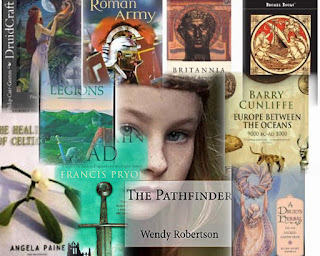 ‘A terrific read. A world on the cusp of change and we experience intimately.’ Historical Novels Review.

‘Wonderful…Robertson deftly intertwines two time periods, slowly absorbing one into the other through the remarkably likeable protagonist.’   Booklist USA.

‘A great storyteller… she weaves another tale with ideas that still resonate when the story’s over.’ Northern Echo.

‘Wendy Robertson is a rare breed – a writer with an exquisite gift for creating vivid, relateable characters.’ Scottish Daily Record.

Note:: In The Pathfinder I have taken the available material and archaeological history of late fourth century Britain and addressed the powerful pre-Arthurian myths of Macsen Wledig and the British princess Elen. My intention is to weave a story that has hope, truth and justice at its heart.’  W.

[..] Elen:  You should understand that as well as being born and trained as Seers, members of my family have always been pathfinders – my father, Eddu, his father, Caradoc, and the grandfathers and grandmothers before him, going back seventeen generations. I learned the names of these ancients by heart - first at my father’s knee and later at the Seer School in the Green Isle across the water. They were famous across all the island of Britain.
It was they who found the paths that criss-cross this island and the lands across the sea. I have learned that a thousand generations ago the pathways were slight, mere shadows in the grass, reaching out and up to the horizon. As time went by our people started to mark them properly with stones, to raise them with the trunks of fallen trees, and to line them with small stones and pebbles. Then we planted thorn hedges to stop people and animals – tame or wild - destroying our road. Along the way, we would build small temples in stone and wood to shelter the rituals and protect the tributes to the gods that blessed the track and kept clear the way to the next high spot.
I have to say that in these times the pathways are all made. There seem to be no more for me to find. And yet, because of my family heritage, I am still known as a pathfinder.  [...] 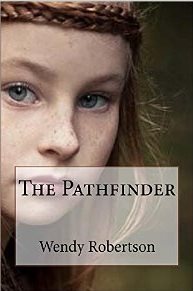