Julia Darling and a Way of Speaking on Radio 4

A few weeks ago my friends Gillian Wales, Avril Joy and I - with our of  RoomToWrite hats on -   hosted a playwriting workshop to mark the tenth anniversary of the cruelly early death of our friend, the brilliant writer Julia Darling

As I posted here, on LifeTwiceTasted, this was an inspiring and practical event 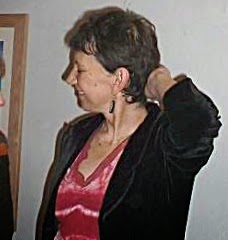 which reflected something of  the joy of our friend Julia who was always a popular and inspiring presence here in South Durham.
So I was delighted to hear – during my midnight listening - that the BBC are also commemorating Julia’s unique contribution to contemporary literary culture by broadcasting her work during this week.
The broadcast is based on the tragic/comic lyrical diaries that Julia kept in the last three years of her life when she was in the latter stages of breast cancer. The diaries breathe her unique, intensely human, sense of the tragedy, the comedy and the ironies of   the process she was undergoing. To make poetry of this process, as she did, is the gift of angels.
So the BBC programme was, I thought, something to look forward to, to remember her and keep her alive in our hearts.
Then I was somewhat surprised, when I listened to a trailer-outtake from the drama when I heard the actress ‘being Julia’ speaking with a distinctive Tyneside accent.
Now the actress was good; it sounded great. I love our varied North Eastern ways of speaking which have larger or smaller echoes linking  individuals with the cities of Newcastle, Sunderland or Middlesbrough as well as the diverse countryside communities in between. And then we have other incomers here from all over Britain and the world with their own ways of speaking, I have antecedents in Wales and Scotland. My friend has antecedents in Lahore and Belgium.  These ways of speaking reflect the varied history and culture of the broad North East region. It is our way of speaking but it is no single accent.
We  can be very uneasy, then, about all this being squashed into a stereotyped ‘Geordie’ accent. We don’t all talk like Ant. Or Dec.
But – most important here - our inspiring friend Julia Darling used none of these identifiable modes of speech. She had a very good ear for speech and in her short stories and plays used her literary skill to allow these authentic modes of speech to play their proper theatrical part.
But, as you will see from The Guardian obituary extract below, Julia was born in Winchester, went to Winchester Girl’s High School and lived in Berkshire. I will not say she had no accent – everybody, even the queen, has an accent. But, like all of us. Julia’s accent reflected her cultural background. Julia's plays demonstrated her good ear for local speech and gave powerful work to our talented North Eastern actors. As well as this Julia was a great reader and performer of her own writing, She had a lovely voice with a slightly deep intonation and  a smile somewhere inside it. She could do a North East accent but it was not her own mode of speech.

She certainly adopted the North East as her heart’s home and was part of our cultural map here. She was ‘our’ writer, But to render her poignant, last lyrical odyssey in any other way of speaking than her own -  as though she were a character in one of her own plays - seems mistaken to me.

I am pleased that the BBC has honoured her memory in this way and am looking forward to listening. But …

Extract from Julia’s Guardian Obituary: Julia was born at home in Winchester, the second of five children, in the house where Jane Austen died. Her father was a science teacher at Winchester College. She was educated at Winchester County high school for girls and St Christopher's school, Hertfordshire. She was a maverick and true original who, since childhood, had hated rules, control and authority. When she plastered anti-apartheid and women's right to choose posters on the windows of the house, the Jane Austen Society complained.

Julia on Radio 4 Next Week