A Bargain Book. A Bit of an Experiment, 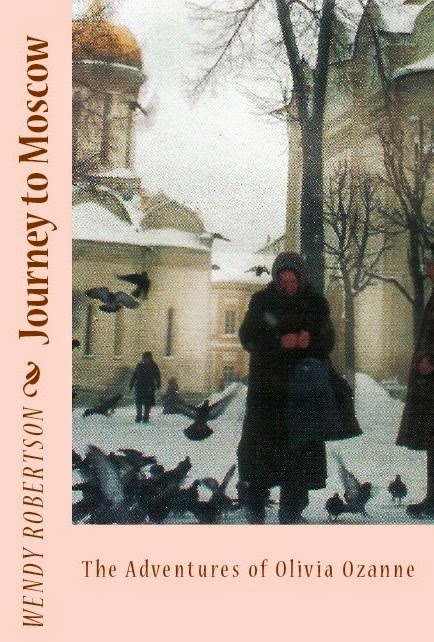 Hoping that more of you will read and enjoy Olivia, this week (from 13th to 19th August) I am offering the Kindle version  of Journey to Moscow at the reduced price of 99p/99cents. This is a bit of an experiment as I don't know how it works but look forward to discovering the outcome!


To share Olivia's adventure. here - as a Russian taster -  is the adventurous Olivia, caught with her lover  by her bossy daughter and driven to defend her new protegée - an old Englishwoman who has survived in Moscow since the 1917 Revolution.  -

... And I am saying, ‘don’t worry Ninochka, I will . . .’ I hear a banging on a far door and the thunder of footsteps on wood. I reach towards the girl, thrusting dark and dingy clothes in her hands, shouting ‘Put them on, darling! Put them on!’ Through the window I can see young men, boys in shabby army fatigues pouring into the house. The knocking gets louder.
‘Mother! Mother! Can I come in?’
I sit bolt upright in bed, blinking down at Volodya who is curled in a foetal position on the floor. ‘No, Caitlin. No! Wait.’
I grab my wrap, squeeze through the door and shut it behind me. Caitlin is standing there, vivid and elegant in a green trouser suit and  sturdy, well-polished, boots.
‘You look elegant, darling.’ Fending-off words. An old habit
‘Is he in there?’ She says fiercely. ‘The Russian?’
I push my hair out of my eyes. ‘I’m afraid so. It was a bit late for him to get back across Moscow when we––’
‘I don’t want to know!’ She pulls me into the narrow hall and faces me, holding both my arms, hard, above the elbow. ‘Now, Mother, just two things! Charles will call for you here at ten. Why he wants to take you careering across the countryside I don’t know. But it seems you’ve caught his fancy. Or your story about that old woman has. But I want you to promise me something.’
‘Yes, dear?’ I am trying to struggle out of her grip.
‘You do not let Charles Conrad have the old woman, do you hear me? If she’s anyone’s she’s mine.’
I pull away from her. ‘Mary Martha! Her name is Mary Martha Johnson. You can’t have her. And she’s not mine to give to anyone, you silly girl. I certainly wouldn’t ‘give’ her to Charles Conrad. But I won’t give her to you either.’...