A Sense of Place.. The Maison Bleue, Work in Progress.

Extract from The Maison Bleue

(This novel will be published in September, If you would like to order a signed copy email me at wenrob73@hotmail.com )

Crime writer Ruthie Dancing finds the house where she will set up her writer's retreat: 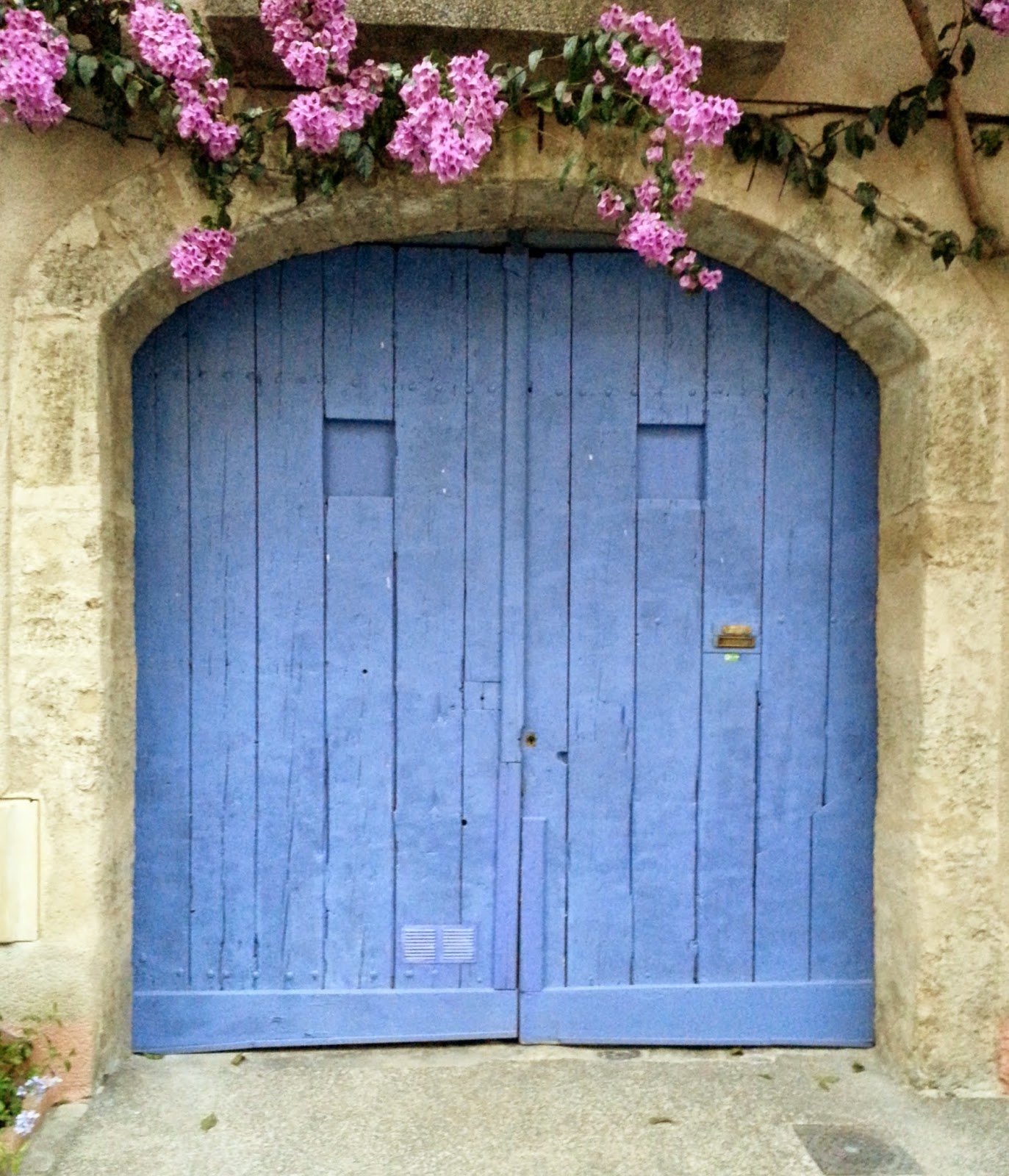 '...The Maison Bleue is half massive old stone and half rendered, peeling plaster; its garden sprawls down to the great plane trees that line the Canal du Midi. The window shutters are pale blue, framed in dusty white. There are nine windows – two on each side of the door on the ground floor, two on the first and second floors and one at the top under the white-painted arch of the roof. All of them, even the small one at the top, have narrow balconies painted a glossy dark blue. On the rendered walls the pale blue paint is dusty and peeling and quilted with dozens of cracks, gauzy as spider’s webs...'

And in an outbuilding in the garden Ruthie finds the place where her writers will find inspiration and write.

... ‘Don’t go in there, Ruthie!’ Aurélie’s voice comes from behind her. ‘It is a very nasty in there. Full of filthy stuff.’
The heavy door with its big iron latch should be hard to move but it isn’t. It slides easily when Ruthie pushes it. And now where she is standing the bright southern light trickles through gaps in the roof and through the five arched, unglazed windows on the opposite greenish black wall.
The floor is knee deep with the detritus of centuries – rank soil, rotting leaves, tree branches, paper labels, wrinkled condoms, tin cans, broken glasses and bottles: all whirled here on the wings of the mistral, that high southern wind that will leave nothing in its proper place.
Aurélie stands, arms folded, and watches with some amusement as Ruthie scrapes her way through the rubbish down to the surface of the floor then pulls off her scarf to scrub at it. ‘It’s marble, Aurélie! Marble!’ She laughs with delight. She scans the space. ‘This must have been a very important room.’ On a place high on the far wall and are streaks and lines of dust like shadow of a high tide. ‘And there’ve been bookshelves here. Bookshelves!’
She stands there, her face burning in the high sun of mid day streaming through the windows. She can see long tables here, high desks. And she can see men with their heads down over their writing, filled with the focused energy so familiar in her own working life.
‘Ruthie? Are you all right?’ Aurélie is beside her, her hand on Ruthie’s shoulders....'