So close to Christmas it seems like playing truant to make a getaway to Cambridge with my writing friend Avril but we went without guilt. We stayed at Sydney Sussex College and my room overlooked the Master’s Garden. We ate hearty college breakfasts, had two decent dinners and otherwise dipped into Sainsbury’s – a mere step away – to make sure that we didn’t starve or go thirsty as we worked.

And work we did. We drafted, transcribed, discussed  then read out to try our writing in the air. I think we both achieved more than we would have at home in the domestic pre-Christmas flurry.

Avril worked on completing a set of short stories with a very original format, reflecting her success in this field this year.  We have had many interesting discussions about the form and function of the modern short story. (I have a new collection coming out in the  Spring.

But in Cambridge I was in the middle of that big heave of beginning a novel which sits in a particular historical time. This involves a kaleidoscope of research, thinking, imagining and transforming. My truant time in Cambridge has certainly made more clear for me the ambiguous, inchoate mass which is the foundation of this novel. Now it seems that I have made the great leap and think I may have the novel before me – not just that crucial first 20,000 words but in these four days of concentration the superstructure of the novel has emerged for me from the Celtic mists.

No, we didn’t see ourselves as tourists. But yes I did notice the exquisite city of Cambridge. Its very fabric exuded the history, literature, philosophy and science which has formed the intellectual background for my auto-didactic generation, educated as it was in small colleges and institutions a world away from these exquisite temples of privilege. 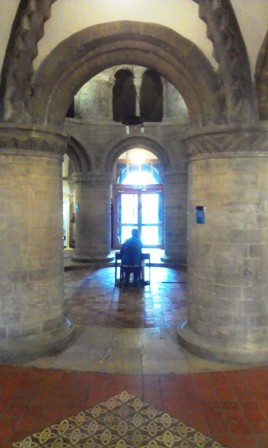 My favourite building in this ancient city was the oldest church – a small church called the Round Church on the main road which leads to the Cam. I was excited about this, as - for this novel -  I’ve been   researching the round houses the so-called Pagan people of late antiquity before, during and after the Roman occupation. The fact that the road this church stands on was originally the Roman Road was the cherry on my research cake. I understand the design of the church was based on the Church of the Holy Sepulchre in Jerusalem.

But for me – my mind fertilised by all this research - the atmosphere in the round structure of this church carried much deeper meaning and one way or another will have its impact on my novel.

As for playing truant - I returned home energised and guilt-free to embrace the delights of preparing for a family Christmas. I recommend playing truant to any dedicated writer. 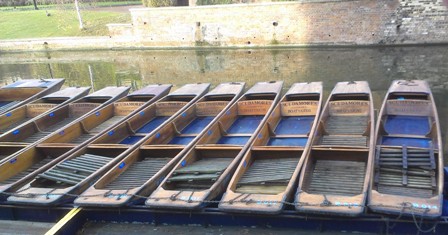 Two posts to come (also emerging from the Cambridge Getaway)
1. The Lithuanian girl on her way to China
2   Peopling Your Novel