My heart sank when it snowed in the night and some roads became un-driveable, but still, out of eighty expected,  thirty five great, adventurous people joined me in the theatre to celebrate the launch of The Romancer.

Bishop Auckland Town Hall still put on a good show for me. We still had our silver stars and our air of celebration; I  still had my whole collection of books on show including photos of the very first launch, with the cake iced with the illustration from the cover of Riches Of The Earth.

My friend Gillian Wales still managed the proceedings with her usual elan, standing beside the writer’s portrait painted by Fiona Naughton which rested  on the massive, black ,paint-splashed easel of the late Tom McGuinness, the wonderful artist whose biographies Gillian  has co-written.

My friend, writer Avril Joy, still read passages from The Romancer in her usual restrained, nuanced  fashion which lets the drama speak for itself.

And Bishop FM’s Terry Ferdinand,  invisible behind his camera, was still taking these pictures.

And we still drafted in the boy who loves chocolate to flaunt the balloons and hand around Anton’s wonderful canapes.  And we still got to relish Anton’s Romancer Cocktails. 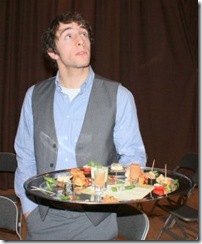 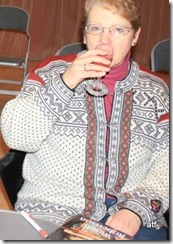 So we drank a toast to absent friends who had not managed to get there  but were with us in spirit. And after all dratted the snow didn’t win.

And on Friday The brilliant Northern Echo published  my article about the personal significance of  writing The Romancer on its Leader page.

I called the piece ROMANCING THE NORTH   which seemed appropriate.

If you fancy  seeing what all the fuss was about you can buy The Romancer direct from me - signed if you wish ( email : wenrob73@hotmail.com)

Or order it from good bookshops

Or from Amazon online

Or order it from your local library…