Being the cleverest child in class

made me an outsider.

Telling stories made me

I have become an invisible outsider. –

Learning to make myself comfortable

In this ultimate containment.

Now, living through to old age

I am an intimate outsider, even

to others on the planet..

So anyway  now I relish

my role as outsider

at the centre of my own world. 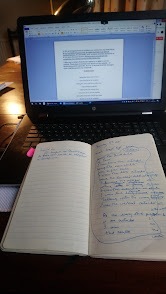