Poems in lock-down, 'the tramp-tramp of mercenary feet...'

In my last post I wrote about my trees, with my eye sharpened through lock-down. Another lock-down preoccupation has been making my way through hundreds of the notebooks which are the roots of all my writing 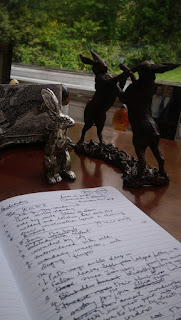 And I found this poem – also called Trees – in the October 2002 notebook.
The poems  are similar, but  as you will notice, different. This one alludes, I now see, to the Roman occupation of the North. I recall now that I was also, at the time, writing my novel The Pathfinder which is set in post Roman Britain.

Raw branches push outwards and up
escaping the broad  trunk -
a descendent of the ancient woodland
rooted here predating the existence of
the whole  town, the main street.

That straight road still echoes with
the tramp-tramp of mercenary feet
pacing the land, holding it in thrall
for an emperor lounging now
in glimmering Mediterranean light.

Now this child walks through the trees
trailing her hand on the roughened bark.
She puts her face to the sky and savours
the pearls of rain that drop from her
round row into  her closed eye. 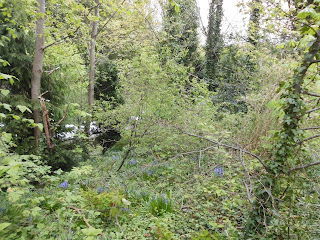