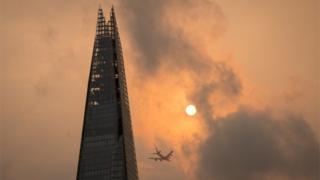 It seems appropriate, after yesterday’s extraordinary red skies, to be writing about a novel which is set after an  apocalypse when cities have been razed, industry destroyed and the countryside blighted.
Amity and The Angel, Sharon Griffiths’ new novel has just such a setting. It is located, very believably, on a remote Scottish island. 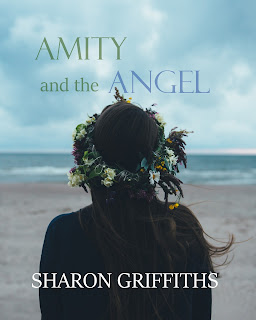 Here, the surviving population, in its efforts to rebuild itself after the catastrophe, has reverted to a mediaeval culture built on self-sufficiency, religious certainties and a rigid social structure where it is taken for granted that women should be submissive and are there to be of service to the men; any independence is frowned on.  Here, extraordinarily, singing and dancing is forbidden, as are books and musical instruments.

I feel that in the present day it is clear that these ideas are  not so much of a ‘fantasy’. Occasionally it seems we could be on the very edge of just such a  post-apocalyptic world.

Sharon Griffiths is ‘on trend’: the world of children’s and young adult literature reefs reflects this feeling. Young people and children are - if anything - more aware of such threats in this generation than in any earlier generation. So it is fitting that Griffiths’ future fiction is labelled a ‘young adult’ novel. I also think, well written and quite plausible as it is, people of any age will enjoy it.

Amity has grown up in this island community unaware of the outside world, listening to myths and stories about what real life used to be, compared to what it is now. Perpetually curious about the outside world, here on the island Amity feels like an outsider herself; she struggles with the mental and physical restrictions and yearns for a freer, more colourful physical and mental life.

Amity’s is aided on her quest in true fairy-tale fashion by her childhood sweetheart, who seems to be weirdly transformed into one of the ‘elders’ who dominate this regressive community. She also has the aid of memory of the tales of her grandmother who actually, ‘wore high heels and lipstick when she was young.’

Then she encounters her ‘angel’ on the seashore:  another hunted outsider. From him she learns possible, more equal world where creativity is not wasteful and that singing and dancing can make you happy.

As well as taking us to into a logically imagined world Amity’s Angel falls into the category of rights-of-passage novels favoured by many great writers like William Golding, Mark Twain CS Lewis and JK Rowling.

I think this, her third novel, will delight, entertain and inform Sharon Griffiths’ wide range of readers - perhaps more used to the witty social and political commentary in her many columns and articles in the Eastern Daily Press, Northern Echo and the Guardian. I have a feeling that this novel fits her worldview in that it deals with her insight into the of politics and vagaries of family and society and the present concerns about human survival’

And Amity and the Angel isa very good and entertaining read! It does read like the first in a series of novels about Amity.