Just listening to a Radio 4 Programme about the idealistic international Esperanto movement and am reminded of my great friend, the late Mary Davies, a great Esperantist. Very interesting programme. Try to catch it on BBC Listen Again HERE

The Loss of the Exceptional Mary D

I have just heard from Jan Atkins of the death (aged 93) on the Isle of  Arran of my old  friend Mary Davies, a gifted painter, writer and healer.  My novel The Woman Who Drew Buildings was inspired by tales told to me by this wonderful  and somewhat  mystical writer and artist who  lived  in retirement on the Isle of Arran and who  also, in her time, drew buildings for a living. She was - remarkably -  a note taker and reporter for architectural historian Niklaus Pevsner and in her time helped to save important buildings from demolition.

Drawing from Mary's stories, experience and documentation the novel takes place in Poland in 1981 and Britain in 2006 . What’s it about? It’s about  the consuming nature of art, the shadowy place between now and the hereafter; it’s about passionate encounters arising from a confluence of cultures and the long journey of a mother and son to mutual understanding.

Always a spiritual person, she was a member of the Quaker Community and towards the end of her life she embraced the very inclusive Ba 'Hai faith.  On this coming Monday she will attend own her funeral in the card-boards coffin,  decorated with flower paintings by her friends at a party she held some years ago. When I last visited her it was standing in the corner serving the purpose of a cupboardI met the exceptional Mary Davies at a workshop I ran in Cumbria and She kept in touch. Later in her seventies she published and sold out three novels including the very telling and sensitive Still Waters. I visited her several times on Arran, including once when she regressed me to an earlier life. She believed she herself had gone through several incarnations.

In my little writing room I have a board plastered with influential pictures and texts. Mary's picture, with her Polish friend Halina, has been there at its centre for six years. So she has remained - and will remain - a true inspiration. I am hoping now that The Woman Who Drew Buildings will act as a tribute to this exceptional woman, this very good soul.

I find myself wondering which world Mary  will grace in her next re-incarnation.

As a further tribute to Mary I have re-printed here the post I put up when the novel came out. In the extract the list of objects which the boy finds in his mother's flat is the exact list of objects which Mary brought me in two carrier bags and told me to make of them what I would. ... And I did...

Mary knew I was interested in the idiosyncrasies of letters, notebooks, images and ephemera that I used to inspire my novels. I was, she said, to use them as I wished. We had long talks about her experiences and the the dilemma of using them as inspiration, for what I knew would be - in fact -pure fiction.

It has taken me some years to develop my imaginative take on on all this material and all these ideas in order to allow the novel to emerge of its own volition. It became more fluid – easier - when my purely imagined characters got to grips with the material of their true to life inspiration. In the novel I gave my heroine Marie Matheve.

The Woman Who Drew Buildings was the outcome of all these processes.

The extract below describes the moment when Adam, the estranged son of 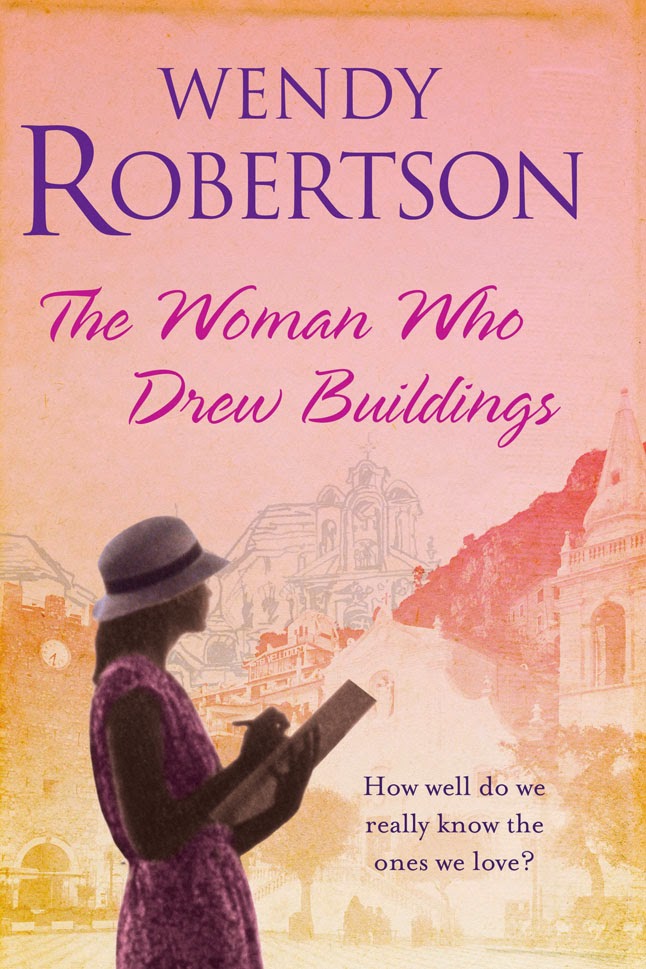 Marie Matheve (who has problems of his own) comes upon just such a cache of materials as his mother lies in a coma in hospital:

… Adam’s eye moved to the wardrobe and the pile of boxes above it. Now this he could disturb. He climbed on the dressing stool and started to pull down the boxes. He worked swiftly and as he worked his spirit lifted. He started to drop the boxes so their contents spilled on the polished floor – books, notebooks, papers, brochures, travel documents, bundles of clothes, bright scarves, packets of photos, sheaves of drawings in a disorganised pile….
… he took a second bottle of wine from the fridge, took a new notebook from the pile in her bottom left desk drawer, came back and began to make a careful list of the things that had spilled out of the boxes. His face was burning with wine drunk too fast, his brain was racing, his hand was shaking, but one by one he listed the items from the brown cardboard box:

· Article in Esperantist magazine by Marie Mathéve, recounting her ‘Study In Poland.’
· A newspaper article about the visit of Marie Mathéve’s visit to Poland on a Siropotimist grant to consider buildings.
· Photo of Marie and a younger (very pretty)woman leaning towards each other, making a triangle. On the back Marie has written; Jacinta Zielenska and me in the Cherzov flat.
· Small published book of drawings of Krakov marked Ex Libris D. Adama Zielenski` Paperback with a brown paper cover to protect it.
· Photographic slides, small and hard to see, with viewer,.
· Poland’s Progress edited by Michael Murray first pub 1944 this the third ed 1945
· Krakow by Edward Hartig 1964. Coffee table book.
· Poland by Irena and Jerzy Kostrowicki
Official 1981 guide to Krakow
· Official guide to Katowice
· Notebooks, many notebooks
· Two small red Sylvine notebooks still with their 30p price tag on. Marked 'Poland Diary 1981'
· One Winfield exercise book marked Paris Diary 1985
· Daler Sketchbook full of Marie’s drawings eg: Cherrzov From My Bedroom; steelworks; estate with Tabac in foreground; old steelworks; coal mine looking towards Katowice; done in coloured markers, making her usual style brighter and bolder. But style is unmistakable.
· Spiral Bound Daler Sketchbook with more subtle drawings from Brittany, Paris Luxembourg gardens, View from my window 8th floor Rue de Rennes; Paris. Louvre 1985.
************
(
If you fancy it, The Woman Who Drew Buildings (ISBN 978-0-7553-3380-6) or online HERE