‘With presents tucked away and the shortest day not far behind, and with it being dark already at four o’clock and the lashing wind stopping us from stepping outside where to our thoughts turn to?

They turn to long days, bright skies and warm summer breezes. They turn to travel and holidays which will make the high points in the new year of 2012…’

- which was how I opened the Writing Game broadcast at noon on January 1st 2012. 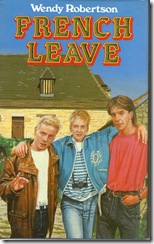 n - in highly personal terms - between my own travel and my own writing and on the writing of others who are embarking on writing.  ‘… I love the way in which even people who don’t write are inspired to make journals and scrapbooks, pinning their journeys, their summer retreats there on the page to preserve that time forever…’

I had lots more to say, of course. But with a busy and people-stocked time over Christmas the January programme loomed up far too quickly for sanity so, beloved visitors gone,  I had  two very intense days to get the programme into shape.

The first time this connection between writing and travel had a

visible impact on me was when I wrote a young adult novel called French Leave:

‘…Over fifteen years ago in Normandy, France I came across a small very well kept military graveyard attached to a farm. ..I doscovered that the young  soldiers – some as young as eighteen – were from villages within a few miles from where I live…I was in tears when I got into the car but I knew in my writer’s heart that some time this place, this feeling would be part of a story…’

So it was some years later that I wrote French Leave - about a boy of sixteen in the 1980s  who runs away from home, hooks up with his grandfather, and travels to Normandy. Together they travel to Normandy to visit this graveyard. The grandfather, as a boy of eighteen had fought in this military action and the two of them find the grave of his friend, also eighteen, who had died alongside him. 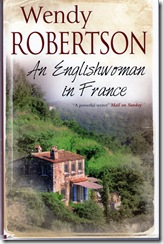 West of France inspired a novel An Englishwoman in France which illuminates the ambiguity of time which for me pervades the ancient port town of Agde. In this novel two stories - one in 304 AD and one in 2010 AD - wind into one. I am sure that without my intense experiences in  travelling in this area I could not have written this novel or had the courage to express some of the challenging ideas about time which are at its heart

I have included a reading from this novel on the programme  to give readers the flavour,

Also featured on this January edition of  The Writing Game are:

- A conversation with Terry Ferdinand, who also loves France. Terry tells of his adventures in buying and refurbishing a house in the Lamousin district. His enthusiasm bubbles through the microphone. He also reads for us an article – previously published in the Limousin Times, about a visit to the historic town of Aubusson, famous for its fabulous carpets.

Writing Game and past editions now available in iTunes Store at