The random nature of reading on holiday is part of its charm.

I gave up on a book which began with three people improbably drinking neat gin from jam jars. Instead I plumped for a book on Licked Spoon’s pile: Her Brilliant Career by Rachel Cooke.

The Book and its Themes

‘Her Brilliant Career’ consists of biographical pieces about ten women, who  characterise what Cooke sees as a neglected feminist feature of women’s experience in the 1950s. These women are proto-feminists before the high octane feminist splurge of the latter 1960s. (As I keep saying - nothing comes from nothing.)

These ten women - having experienced the shortages, losses and the heightened awareness brought 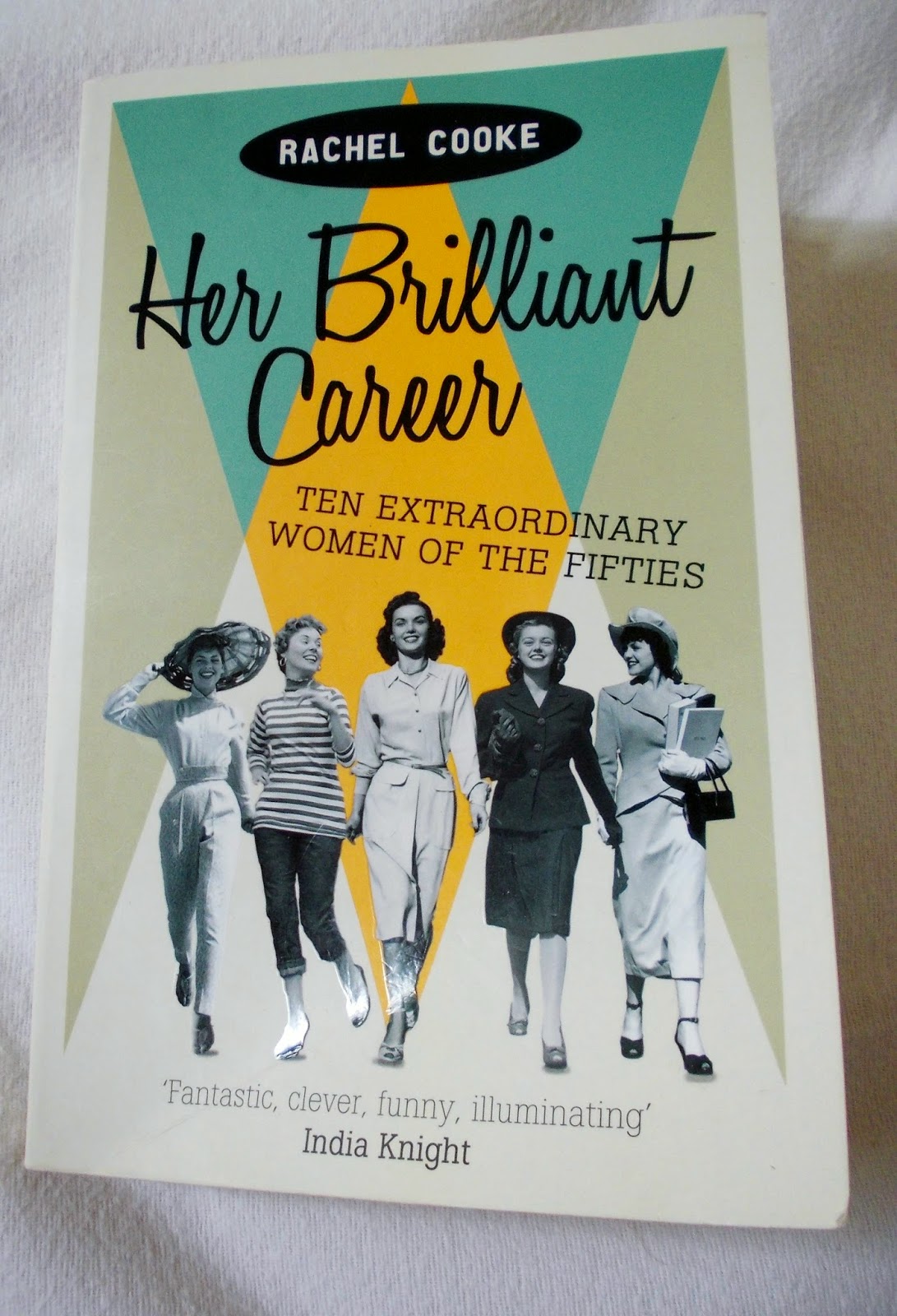 on by world war - inhabited lives of equality with their male cohorts, determinedly ploughing their own furrow and subverting the powerful post-war instinct to return to a conservative male-driven domestic ‘normality’
.
Each of them, in her different way, succeeded in this by being and sustaining her often ‘different’ self with her ambition, her self worth and determination to achieve the life aims she has set herself.

These women are distinctly different from each other and colourful in different ways. But, reading Cooke’s essays here, I have the feeling that they share three qualities: confidence in their importance of their central idea, self belief involving a habit, that the controlling world could call ‘selfishness’, of putting their own ideas before cultural expectations.  The third quality has to be courage - either instinctual or deliberate – as they flout the taken-for-granted view of what women’s lives should be and subvert the sacred institution of the family in post-war .

Presaging a ‘feminist’ future even before that term was common parlance, the lives of these women, taken together, weave a complex picture of the changing nexus of being  a woman in the 1950s. (Declaring an interest, I grew up in the 1950s and can vouch for some of the truths here.)

It was great to read about the highly original, talented Alison Smithson* - a new name to me, now sunk below the horizon. In reading the book I learned a good deal about the others, about whom I thought I knew a lot. (I would urge you to read the book to discover more the differences and delights  in the lives of these women.)

Rachel Cooke's voice is clearly that of a woman who inhabits the cultural certainties of 2014. Her style is elegant, intimate, sometimes quite matey. But in her deceptively informal style she delivers a beautifully written, very accessible book. The considerable depth and breadth of research of these biographies pins the accounts to the historical moment, to the culture of theatre and film, to the literature and architecture of the day, to the nature of civil society and the subtle politics of family and workplace.

Cooke achieves this feat with readable ease. Her footnotes illustrate the depth and breadth of her research and add colour and context to the lives of these women whose names echo in our memories: women who lived equal lives in psychologically more difficult  circumstances than women face today.

If you are at all interested in the 1950s, the wide-ranging introduction to Her Brilliant Career is worth reading alone. If you are interested in any individual woman, the following essays can be read each on its own. But to read all of them is to become familiar with the feeling of what it was like to be a woman in that very significant decade.

In my view the Brilliant Career of writer Rachel Cooke should be much enhanced by this first class book.

*In an earlier version of this post I mis-named this excellent woman. Apologies to Rachel Cooke, I put it down to mis-reading my own notes;  according to my perceptive daughter it's a thing called 'holiday brain'. Never suffered from that before. The name is correct now. wx